The Massive Success of Fox Photo 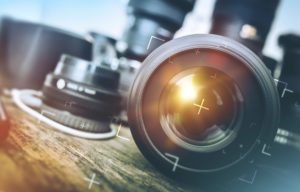 Arthur C. Fox began Fox Photo as a small studio based in San Antonio, Texas. The studio would end up being purchased by a Canadian individual named Carl Newton for just $700 in the 1900s. During this period, amateur photography was still in its infancy and was only beginning to show broader adoption. Fast forward to the 1920s, and Newton’s $700 investment would grow exponentially, becoming one of the world’s largest mail order photofinishing businesses.

Fox Photo was acquired and also ended up merging a few times and was renamed to Fox-Stanley Photo Products, Inc. in the 1960s. Besides the various retail stores, the chain also managed several photofinishing plants for many well-known retailers based in the United States such as Walgreens, Walmart, and Target. The one-hour photo processing booths skyrocketed in popularity and they even managed to cement their place in history by making an appearance in the Academy Award-winning 1985 film Back to the Future starring Michael J. Fox.

Fox Photo has ceased to exist, but there is no denying its impact on popular photography.