The Department Store Chain of Peebles 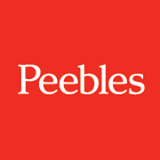 Since 2003, the department store chain Peebles has remained under the ownership of Stage Stores. Stage Stores has at one time or another worked with brand name apparel, accessories, cosmetics, footwear, and housewares, all of which are sold in its stores located in various parts of the United States. In regards to Peebles, the majority of the stores it operates are found within the upper-midwestern and eastern areas of the country. Alabama, New York, North Carolina, Massachusetts, New York, and Illinois are a few of the states where you’re likely to find a Peebles store open for business.

After undergoing extensive growth, Peebles would eventually take over Harveys Department Stores in the late 1980s. During the 1990s, its growth continued after Peebles bought another chain called Watson’s. Harveys and Watson’s eventually ceased to exist when they were dropped in favor of sticking with the unified name of Peebles.

Nowadays, Peebles sells a variety of male, female, and children’s apparel plus housewares, accessories, and cosmetics. The chain is also known for carrying several exclusive brands such as Rebecca Malone, Sun River, and Wishful Park.