The Rise of Saks Fifth Avenue 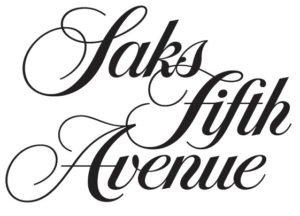 Saks Fifth Avenue is named after Andrew Saks, a businessman who founded the company in 1898. During its early days, it was going by the name of Saks & Company after being incorporated in New York in the early 1900s. After Andrew Saks passed away, Saks & Co. eventually ended up merging with an American department store called Gimbel Brothers, Inc. The store was owned by a man named Bernard Gimbel who was related to Horace Saks. Collectively, Gimbel and Saks were responsible for launching what we now know today as New York City’s Saks Fifth Avenue, on September 15, 1924.

Bernard Gimbel’s sibling Adam took over the position of president of Saks Fifth Avenue in 1926 after Horace Saks passed away unexpectedly. It was during Adam’s tenure that Saks would broaden its scope past New York into Chicago, Miami Beach, and also Beverly Hills in the late 1930s. By the time the 30s were drawing to a close, Saks Fifth Avenue had ten stores throughout the United States and was still in the process of expanding as the 1950s came around.

The “Saks Off 5th” outlet store is one of the more recent Saks projects, having launched in the 1990s. Today, there are more 100 stores in various parts of the world.