The Massive Vessels of Bertram Yacht 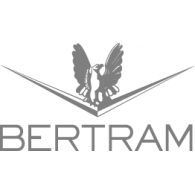 Working alongside various partners on a multitude of transactions, Robert V. Glaser had a role as a member of one of the teams responsible for notable investments, one of these investments being the luxury yacht manufacturer Bertram Yachts.

Bertram Yachts is named after yacht broker and racer Richard Bertram and its history stretches all the way back to 1960. It was during this year that the Moppie was entered into the Miami – Nassau Race, trouncing the competition and establishing the Bertram Yacht name. The company would go on to introduce a series of then cutting-edge yachts throughout the 1960s, including the Bertram 35 and Bertram 28.

During the 1970s, Bertram continued its streak, even winning the Queen of The New York Boat Show distinction with its 46 Convertible. This year was also the one where it celebrated the building of its 1000th yacht.

Richard Bertram passed away in 2000 at the age of 84, leaving behind a massive legacy. That same year, Bertram also introduced the 450, which was named Boating Magazines “Boat of the Year”.